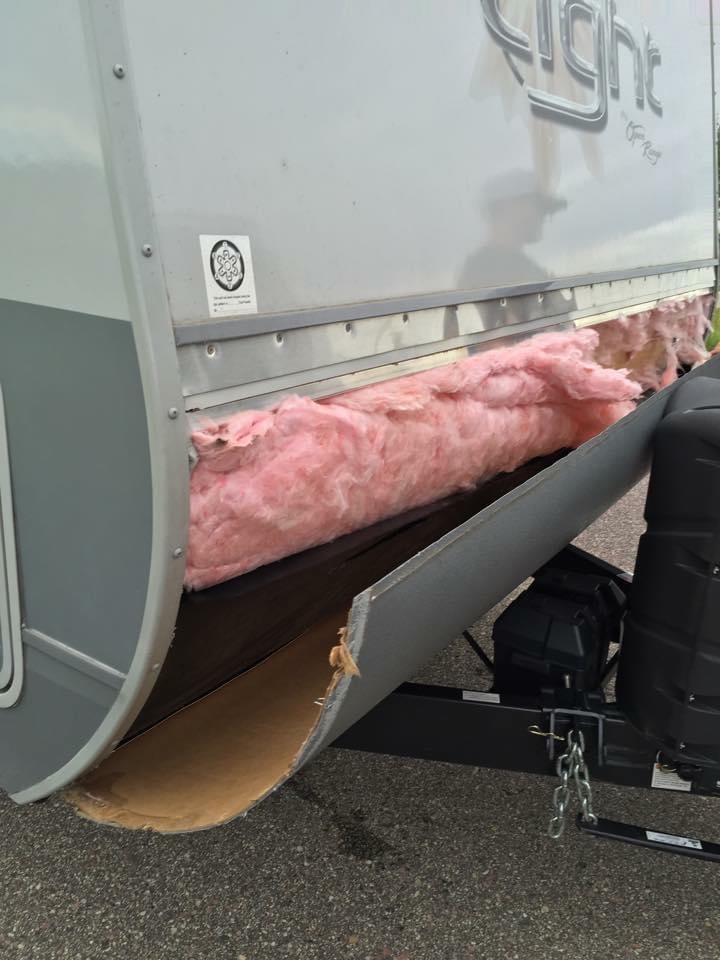 We are having a little problem 😳

Well we were turning into a gas station and heard a huge pop but assumed it was the sway bars (which often pop when we turn but not as loudly). We were like ‘what was that’ and didn’t see anything so we just shrugged it off. Then dad looked in his rear view mirror while we were driving down the interstate and was like 💩!

Body twisted; hmmm… I hope we don’t do it again! No idea LOL We will have to have it replaced since it came completely out of the screws and staples on the Door side; but the bottom 1/4 of the panel opposite door side screws held tight; so the panel is ripped…

It’s amazing that’s it’s basically cardboard covered in plastic for the rock shield. Seems like that part should be metal.

Upon further inspection; it looked like the glue that held in the top just melted/buckled… Maybe in the heat? 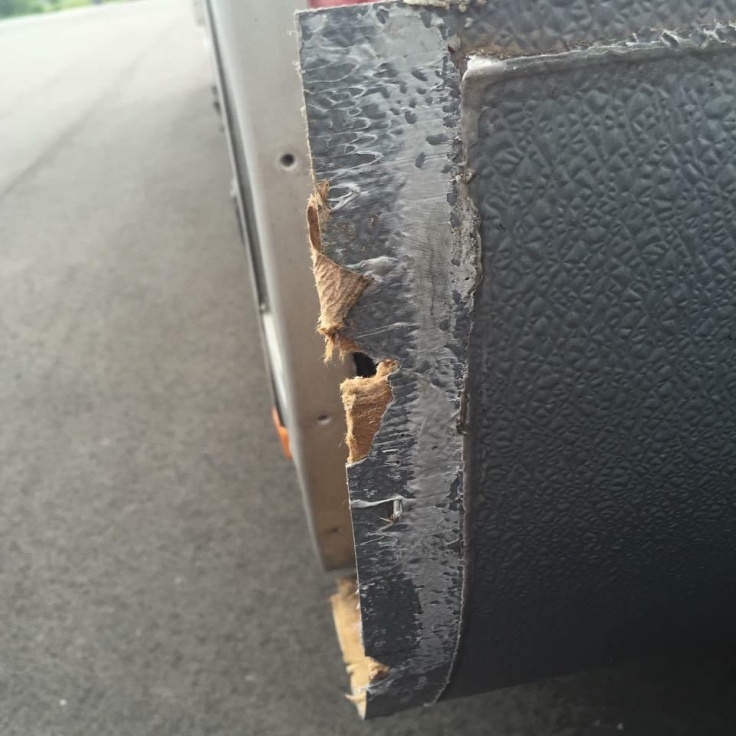 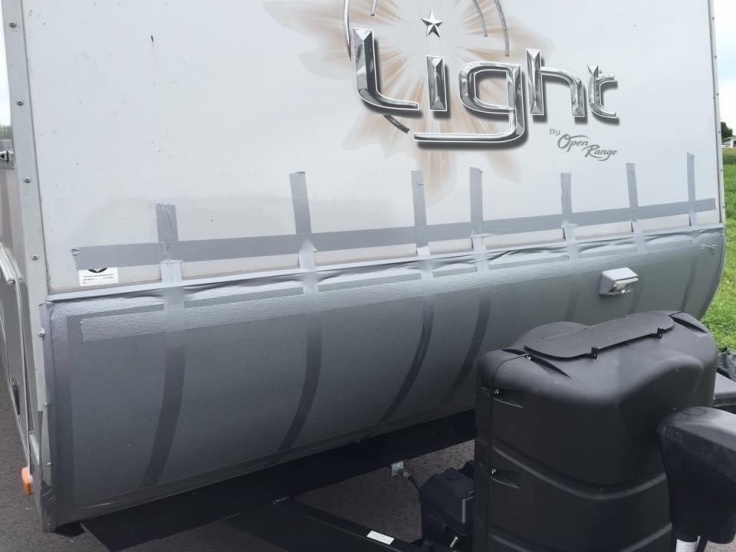 Update; temporary fix with duct tape! Hopefully it will get us down the road for the other 1.5 hours we need. *cringe*